Move to the front of the hiring line. Get the Winning Resume! 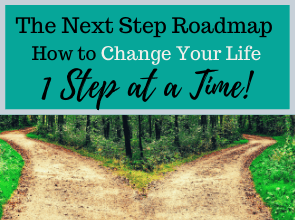 Change your life 1 step at a time

“I want to quit but I’m scared that my finances aren’t secure enough.”

“I hate my job. I am miserable every day but what can I do about it. I feel stuck.”

“I would love to change careers but the system is faulty – I know I’m going to fail.”

“Other people make me feel like I can’t start over, so why even try?”

“I just don’t think it was meant to be for me. Too many people are telling me I can’t do this. They’re probably right.”

Sound familiar? The thoughts behind them of fear, not being skilled enough or just feeling lost, may make your goals seem like they are impossible.

What a terrifying word isn’t it? – IMPOSSIBLE.

Sometimes when we want something, like leaving a teaching job, we look at where we want to be ten years from now and decide that’s too big and unattainable, so giving up becomes our M.O.

Truth bomb: It DOES NOT have to be that way.

When we have goals and dreams that we want to reach there is usually some sort of stone cold wall standing in our way.

If the truth is that we don’t have to give up, then what do we do about the walls in front us challenging our dreams and giving us the feeling of defeat?

In order to leap over the wall in front of you, you would need to have moon shoes *insert crazy leap here*.

But since most of us don’t have NBA slam dunk level jumps, we need to use other skills to break down the roadblock in front of us.

The best way is to address this question, “what is your next step?”

Instead of looking at the large issue, break it down into smaller bites.

Look at it from the opposite end for a minute —

If you wanted to build a wall, what would you do first? You would start by laying down one brick at a time. Slowly but surely the wall would grow  higher and stronger right before your eyes.

So, if you want to break down the wall without using a bulldozer, what would you need to do? Take down one stone at a time and soon the wall becomes smaller.

You see, breaking down the wall brick by brick not only makes the feat in front of you more possible because the steps are more manageable, but it also builds endurance in you.

Have you ever ran a race before?

Prior to race day there is a lot of back work that needs to be done in order to cross the finish line without passing out on the pavement before hand.

Weeks, sometimes months, before the race one needs to build endurance to keep momentum while running.

If your racing a 5K (3.1 miles) and the only running experience you have is on Black Friday to beat the crowd to the $18.99 slow-cooker, than you need to begin your race training in small steps.

Start with half a mile walking. Then do half a mile running. Before you know it, you have added all the right small steps to build your endurance and keep your momentum.

This is the kind of endurance one needs in order to break down barriers and still have the strength to run toward the next wall.

I know what you’re probably thinking – “You just said to keep going!”

But it’s time to quit fearing failure and the unknown.

For too long, according to the world, failure has been associated with embarrassment and shame.

Yes, failing to miss a step on the stairs and falling on your face might be embarrassing, BUT there is always a lesson learned. Now you know how many steps are on the staircase for next time.

Learning, according to the world, is associated with empowerment. Do you see the faultiness in failure being shameful?

Society celebrates learning, but not the means of getting there.

Saying, “I quit” to this skewed view is one of the best things you can do when it comes to reaching your goals.

You don’t know what’s on the other side of that wall, but don’t quit working at it. Quit the fear of the unknown.

You may fail in taking down a stone from that wall, but don’t quit breaking it down. Quit the fear of failure.

Taking a leap of faith becomes paralyzing when we stop moving forward.

Take the leap and keep going!

There is power in numbers.

Has the power ever gone out in your house in the evening time?

It can get dark – really dark.

After fumbling around you finally find your emergency kit and get out your candles and flashlights.

You light one candle. You can start to see again but only a few feet in front of you.

Then you add a couple more candles and flashlights to the mix and your vision becomes a little more clear.

Soon, the more candles you light and flashlights you turn on you’re able to fully see your house and continue to live your life.

This is exactly how it is with Life After Teaching’s Next Step Roadmap group.

You’re in it to win it TOGETHER.

The Next Step Roadmap group is packed with step by step units and discussion that equip you to scale the walls on the path of your dreams.

It may take a village to raise a child, but it takes the right team for goals to be reached.

Don’t you want to be a part of this kind of team? Are you ready to break down walls with others who are cheering your on?

Taking action is forward motion and the Next Step Roadmap will help guide your actions to produce results.

So, what is your next step?

Perhaps your next step is to join the Next Step Roadmap so that you can:

What are you waiting for? Become a wall breaker!

Previous Post: « 5 Easy, Modern Ways To Get Coaching For Teachers Who Want To Quit
Next Post: 30 Days of Rejuvenating Self-Care for Teachers »
Here's how 5 former teachers found new jobs... 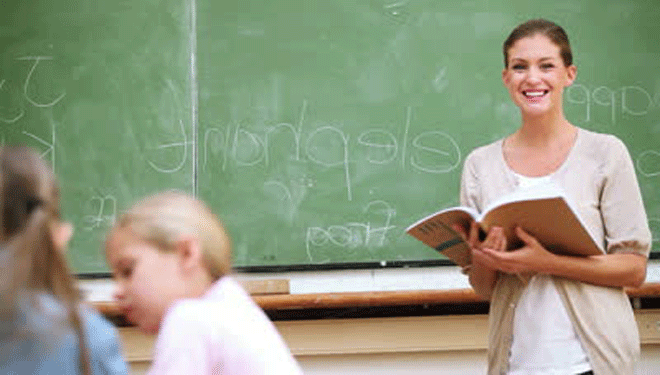 Type in your contact information below & I'll send you a FREE report featuring interviews from 5 real-life teachers who've successfully transitioned out of the classroom. (The best part? That could easily be you!)
Your information will *never* be shared or sold to a 3rd party.